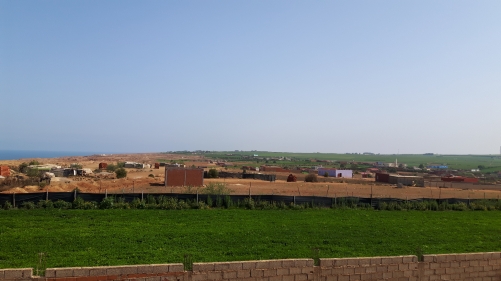 Last year, a fellow immigrant in Spain asked me to visit her when she went back to her country for the summer. I didn’t.

But this year I did. My roommate and I navigated buses, taxis, and even a pre-Eid ferry that made us stand in line for hours to get a simple passport stamp.

Just as our final taxi approached the place where we would meet my friend, we lunged over a pothole and I dumped my water bottle on myself. I was so soggy that when I got up, leftover water pooled in the leather seat.

From the backseat, I reached my suitcase and managed a swift and subtle change while the other passengers remained in blessed oblivion.

My friend, her husband, and her mother were waiting at the taxi stand.

“Gather yourselves.” My friend called her sister as we approached the sprawling countryside house that would be our home for the week. 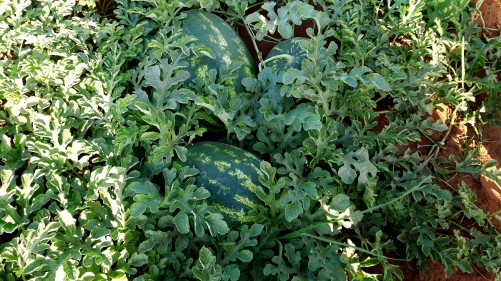 My roommate and I had long since resigned ourselves to the possibility of a public sleeping area, a dirty squatty, and bucket showers. Instead, we were shown into a salon the size of our entire apartment. And the bathroom was bigger than my bedroom at home. Outside the kitchen door was a grape arbor heavy with weaving vine and plump grape clusters.

The house was surrounded on three sides by peanut and melon crops. The fourth side led down a steep hill to the ruggedly beautiful beach. Rolling land of green fields tuned my farm girl soul. I stood on the roof and drank in the fresh air.

“The air is still new,” my friend pointed to the chilly sea.

We began to meet the family. The house was alive with adult children and a handful of grandchildren. Most of the family resided within the walls of the family home. But there seemed space enough. Faces began to blur as the night wore on and we grew sleepier.

Our hosts spread a table with tea and all of its accompaniments. When we had filled to the brim, someone asked when we wanted dinner. Given that it was 11 p.m., we sat with widened eyes until I worked up the polite courage to ask, “What time do you usually eat?”

My friend laughed. “We don’t usually eat another meal,” she admitted and laughed again when we noticeably relaxed.

They sent us to bed, still chuckling about the ominous beef and prune tagine.